Give a helping hand to the people of Darfur 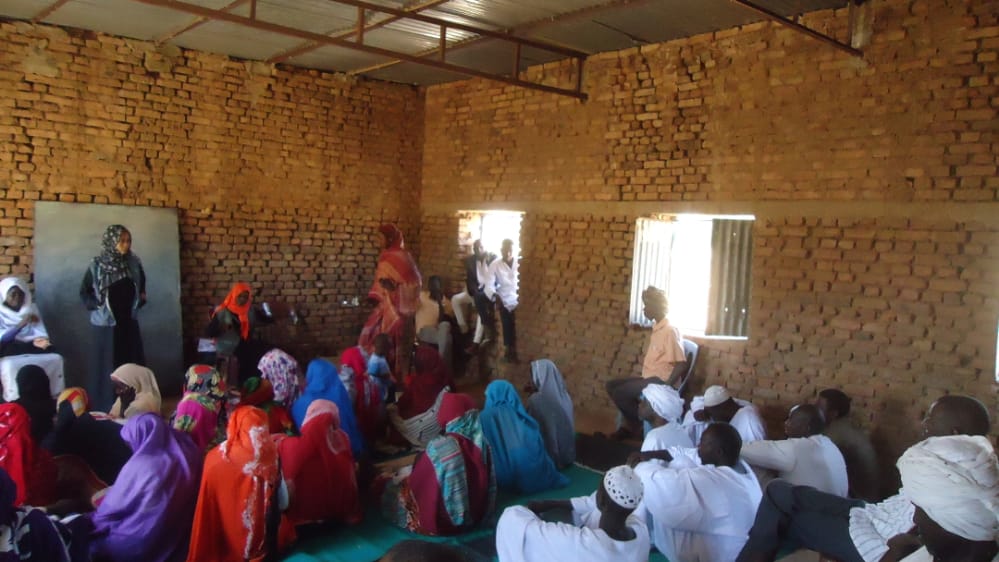 CHILD PACT ORGANIZATION (CPO) is a Sudanese registered national, voluntary, charitable, humanitarian and a non-governmental organization founded by Darfurian  youth and women volunteers who work in humanitarian and development domain. They felt their duties towards their community that suffered from the Darfur Conflict which erupted in February 2003. (CPO)  was established in 2013, and was officially registered with the humanitarian aid commission(HAC) as a local, non-governmental organization the following year (2014) to provide relief, advocate for child rights , promotion of human rights principles  Organization and registration is normally renewed after every year  according to performance of the organization.

CPO  first official name was Mercy Organization for Peace and Development , in 2016 board of directors approved the change of organization name to Child Pact Organization based on recommendation of  Chief Executive Manager and its team  which resulted after deep assessment and 6 baseline survey conducted in Darfur , the result was the needs of protection as general it became top priority especially child protection and gender based violence

Our mission is to serve individuals and families among the most vulnerable communities, IDPs in Darfur, Drawing strength from our diversity, resources and experience.

We promote innovative solutions and are advocates for national responsibility by facilitating a lasting change through:

The vision of (CPO) is “Child Protection &Peace, Unity, Development and Community Empowerment for All” amongst different communities, religious and Ethnic groups in Darfur region. We seek a world of hope, tolerance and social justice, where poverty has been overcome and people live in dignity and security especially children & Women  . (CPO)  seeks to be a national force and a partner of choice within a worldwide movement dedicated to ending violence & poverty against children and Women . We seek to be known everywhere for our unshakable commitment to the dignity of the people . (CPO) envisions a just world without violence & poverty against children and Women.

We are committed to creating lasting solutions to poverty, hunger, and social injustice and we believe in contributing towards “Peace, Unity, Development and Community Empowerment for All

CPO is committed to creating lasting solutions to poverty, hunger, and social injustice. CPO believes in contributing towards “Peace, Unity, Development and Community Empowerment for All” by undertaking innovative initiatives in the following sectors in South Darfur and East Darfur.

What We Believe in

The lives of all human beings are of equal value and all have equal rights. poverty makes people more vulnerable to conflict and natural calamity (including climate change). People’s vulnerability to poverty and injustice is increased by inequality based on, for example, gender, race, ethnicity, class, caste and disability; women are especially disadvantaged. Overcoming poverty and injustice involves changing ideas and beliefs, institutions, policies, and practices. Technology and markets are part of lasting solutions to poverty; but people must be empowered to harness them. To overcome poverty and injustice people must take control of their own lives. Working together as global citizens we can build a just and safer world

Education
For Every Children

Child Pact Organization (CPO) board of directors is the organization's governing body, elected by the members at an annual general meeting. All members are responsible for gaining a basic understanding and initiating action in support of 'MOPD s mission, goals and programs. This includes assisting in expanding MOPD - Sudan's outreach and increasing its visibility and donor support. All board members are volunteers and serve without compensation. 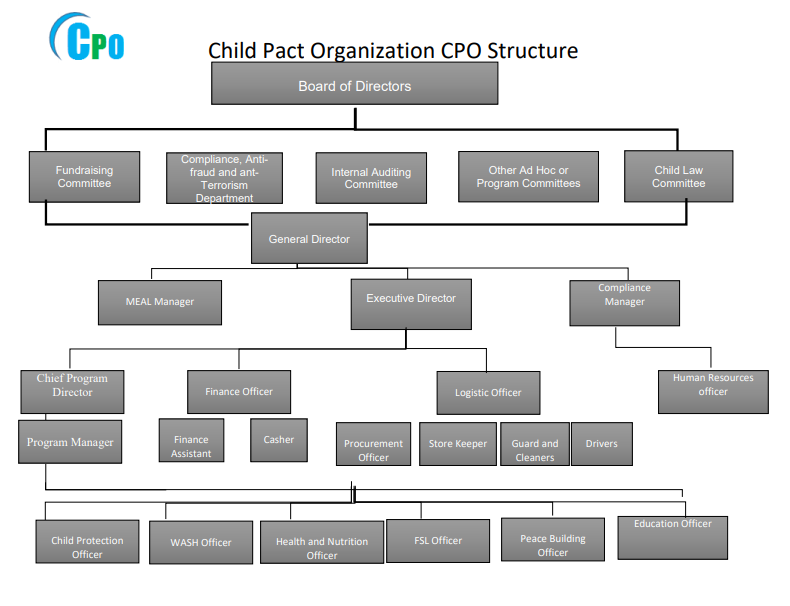 The board of directors appoints CPO Sudan’s Managing Director, chairperson, deputy chairperson, treasurer and secretary. The Managing, Director in liaison with the Director of Programs recruits the rest of the team including the Country Program Manager and other senior managers in charge of finance, IT and administration, human resources, program, and external relations.

We normally coordinate our activities with ministry of social affairs, ministry of forest, Ministry of health, ministry of education, HAC, community leaders and other non-governmental organizations operating in the same area to avoid duplication of services. All this are formalized by signing technical agreements with the stake holders of which we have the copies.

Strategic Plan for period of 2015to 2020. This plan has been developed in consultation with a variety of stakeholders including the Board of Directors and the entire staffs of CPO.